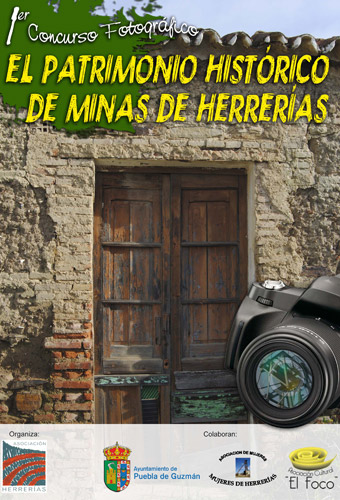 The theme for the year 2011, is the Historical Heritage of the Miners of the Mines of Herrerias, which is shown in two ways:

Model A))
Photographs that are intended to spread the knowledge generated in the century of mining activity, which went ahead regardless of the degree of conservation whether good or bad, and having a different current use from that for which it was generated or even without having a satisfactory degree of conservation when making the product which led to its construction.

Model B)
Pictures that show the different conditions (abuse, injuries, etc.) suffered by the Herrerias Miners, serving first to publicise them and second as a complaint, so that from the Association Herrerías which, with advice and help of a competent administration, can remedy the said problems.

A: Bore Guadiana, The Iron Giant and San Carlos Bore

B: Entrance to the Catacombs, the Sealed Gallery and the Cemetery